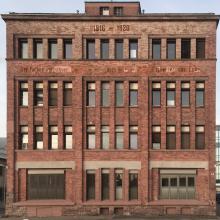 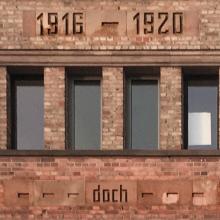 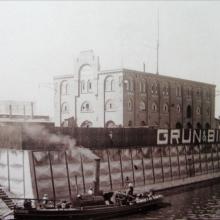 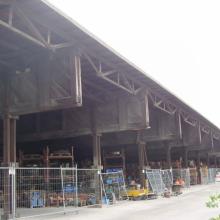 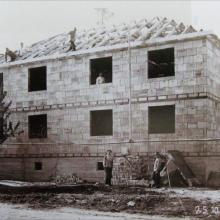 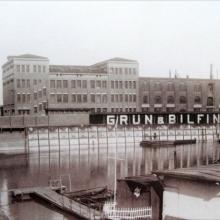 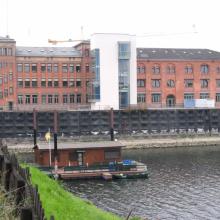 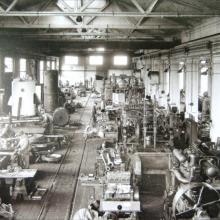 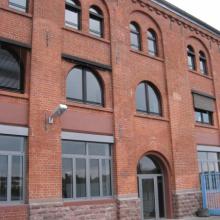 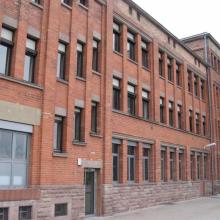 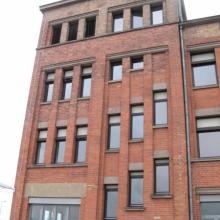 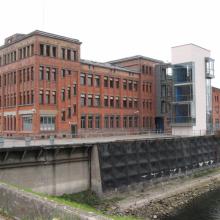 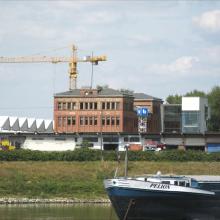 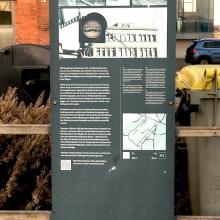 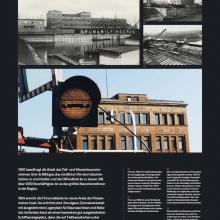 In 1900, the City of Mannheim commissioned the firm Grün & Bilfinger OHG to develop the northern shore of the industrial harbour and build the Diffené Bridge. With over 3,000 employees, it was the largest construction company in the region.

In 1903, the company purchased land on the, newly acquired, inland island of Friesenheim. They built their own central workshop there, with a large amount of storage space for construction machinery and materials. They also built a large and extensive berth. This was necessary because the civil engineering company – which specialised in underwater engineering – owned several dredgers, floating elevators and other floating equipment for lifting and conveying materials.

The building was not only used for the maintenance of construction machinery and other equipment, but also for the construction of custom-made and newly designed devices. In 1912, a plant was built, on the site, for the mass production of concrete piles. These were shipped down the Rhine, destined for a building site in East Africa.

Between 1916 and 1920, Karl Wiener, an architect from Mannheim, designed and built a second building in the Classical style. This was directly attached to the brick building which had been built in the German Rundbogenstil (round-arch style). Written across the facade was the inscription “Der Anfang war schwer – doch schwerer das Ende“ (The beginning was hard – but the end was hardest). It refers to the First World War and the harsh post-war period. However, the War brought with it not only difficulties for the company, but also numerous profitable military contracts.

The buildings and the grounds are still used by the company which has traded under the name of Bilfinger SE since 2012.

IMAGES: The building complex has long been a showpiece of the renowned construction company. As a modern building, it „proclaims its purpose without frills“ as the City Planning Director Gustav Adolf Platz said in 1927. It was greatly admired at the time.

A photograph of the first workshop in 1904. Floating equipment can moor alongside the 100 metre long quay, which is fortified by iron plates.

Concrete piles, which were mass-produced at the industrial port, were shipped in 1912/1913 to Tanga, a town on the coast of present-day Tanzania. They were to be used for the expansion of the port in the former German colony. Other sites in the German colonies were occupied in the First World War by British and French troops and Grün & Bilfinger’s machinery was confiscated. In the background one can see the petroleum storage terminal which no longer exists.

The Mannheim civil engineering company Grün & Bilfinger, which specialised in bridge and water engineering, is one of the three historical roots of today’s globally operating Bilfinger-Konzern. The other two are Julius Berger Tiefbau AG and Berlinischen Boden-Gesellschaft.