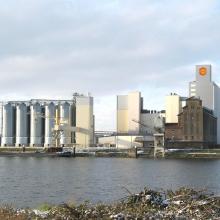 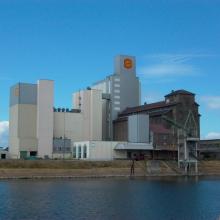 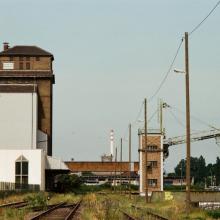 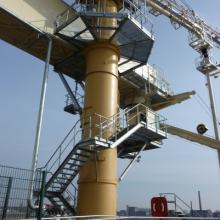 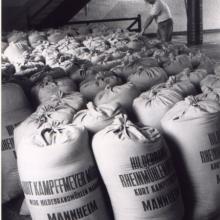 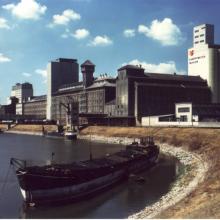 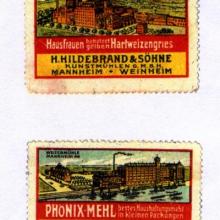 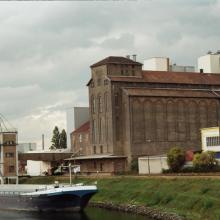 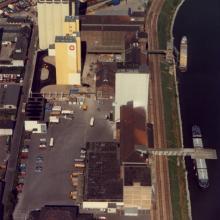 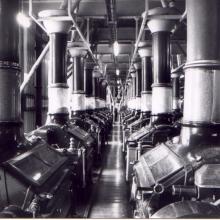 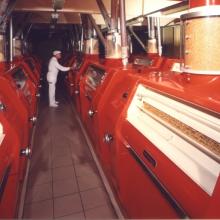 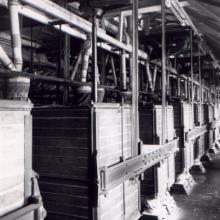 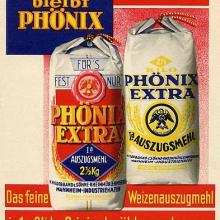 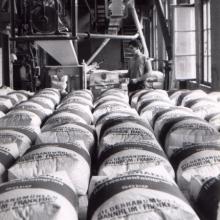 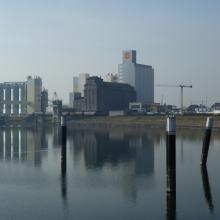 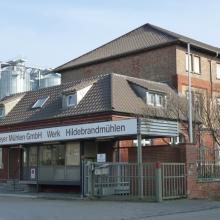 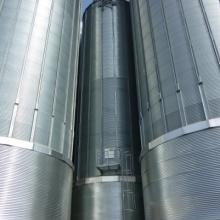 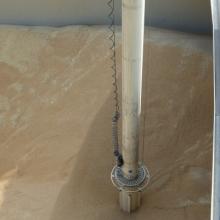 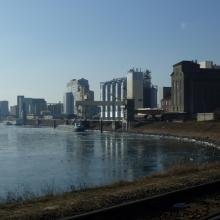 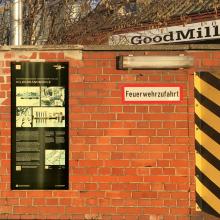 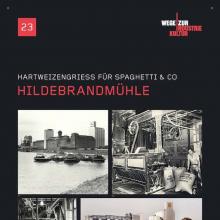 Of the imposing old buildings of the Hildebrandmühle (mill), only an officially protected granary remains. Its brick facade is now almost black. The modern plants next to it, with silos made of concrete and steel, present a strong contrast. Some of them are almost twice as high as the old repository. The most modern durum wheat mill in Germany is housed in the grey-white, cubical buildings with the Aurora-Star.

From 1845, the brothers Henry and Louis Hildebrand operated water mills on the River Weschnitz in Weinheim. The Weschnitz is a non-navigable tributary of the Rhine. In 1865, they automated the mill, and used their first steam engine to supplement water power. In order to remain competitive in times of increasing world grain trade, they moved, in 1907, to the Mannheim industrial harbour where the wheat came from as far away as the USA.

In 1928, in the course of amalgamation, the renowned Kampffmeyer Mühlen took over the Hildebrandmühle. In 1957, the steam engine was replaced by electricity. Three years later, the first 67 metre high concrete silo was built. Finally, in 1993, most of the old mill was demolished. Ten steel silos for cereals have stood in its place since 2010.

Since 1995, 15,000 metric tons of durum wheat have been milled annually, exclusively for the pasta industry.