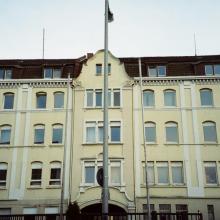 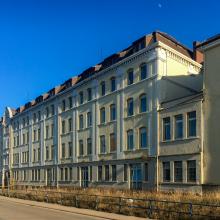 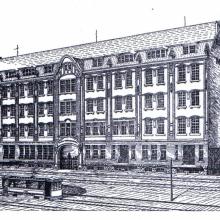 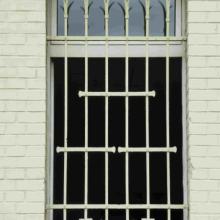 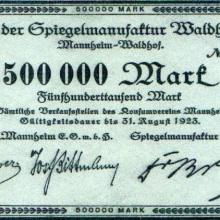 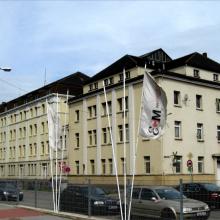 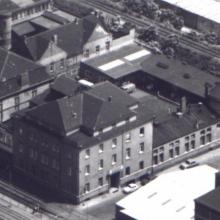 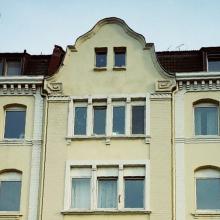 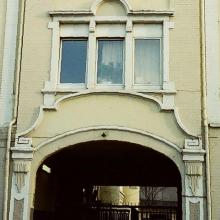 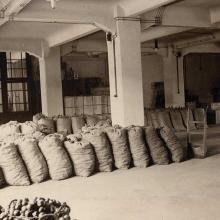 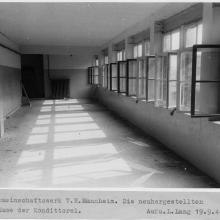 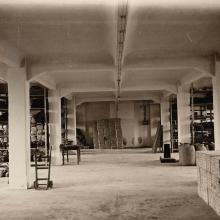 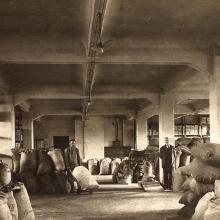 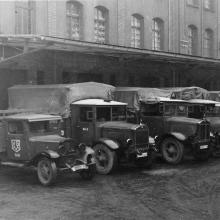 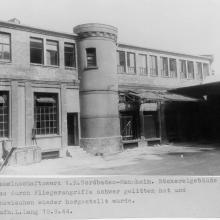 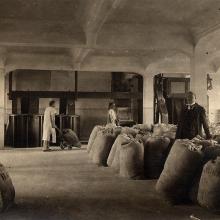 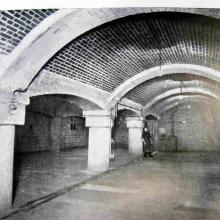 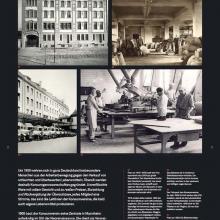 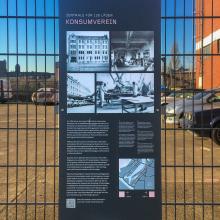 Around 1900, all over Germany, workers were protesting against expensive and poor quality food. For this reason Konsumgenossenschaften (Cooperative Wholesale Societies) were founded all over Germany. "Genuine goods, fairly weighed and at realistic prices, payment by cash and reimbursement of the surplus, one member – one vote". These were the guidelines of the cooperative societies, which soon also produced their own food.

In 1906, the Konsumverein purchased the 3,000 square metre property. The Mannheim architect Wendelin Leonhardt, who usually built theatres, created – in his own words – a building which "melds together usefulness and beauty."

In 1908 the Konsumverein Mannheim built their Mannheim headquarters in an ornate Neo-Baroque style. It served as the administrative seat of the cooperative with offices and meeting rooms, with a central warehouse, a beer and soda-bottling plant, as well as a bakery, butcher, coffee roasting plant and a sauerkraut factory.

In a public statement, the master bakers of the City refused to supply the cooperative stores with bread and pastries. The consumer cooperative responded by setting up its own bakery in 1912.

In 1912, a further 1,500 square metres were added for a bakery and a coffee roasting plant. The centre was well connected to the transport network. The goods were unloaded from the railway wagons using ramps and stored in the warehouses. The tram stop "Pyramidenstraße" was located opposite the main entrance. In the courtyard of the building, trucks and horse carts were loaded up. They transported goods to outlets in the city.

The building was built using a modern frame construction. The concrete structure is visible inside, as can be seen here in the clean and spacious storerooms.

At the end of 1925 the Konsumverein had nearly 24,000 members and had 53 retail outlets in and around Mannheim. In 1933, the Nazis took over the management and, in 1939, integrated the cooperatives into military supply plans. In 1941 the Deutsche Arbeitsfront (German Labour Front) confiscated all the cooperative’s assets.

After the war it became evident that the cooperative idea had not been destroyed. Cooperative shops reopened, run on the original lines. From 1968 onwards, the stores were known as “co op” instead of the original Konsum, and they were the first self-service shops in Germany. Until the end of 1981, the building was the headquarters of the administration, with a central warehouse and a bakery. The story of almost all the Konsumgenossenschaften in West Germany ended, in 1990. This was the result of mismanagement and increased competition. The building is now an officially protected building and has been used as a refugee centre for some time.