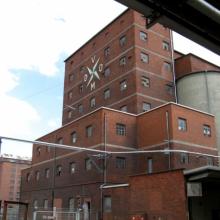 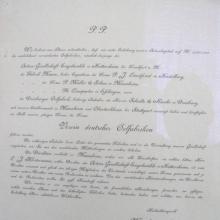 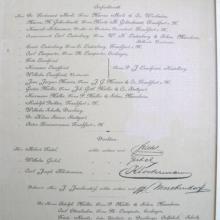 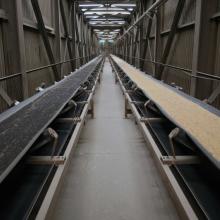 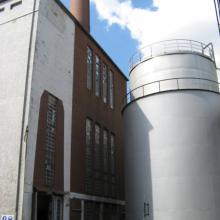 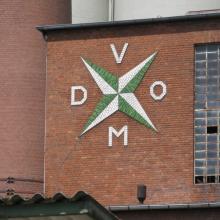 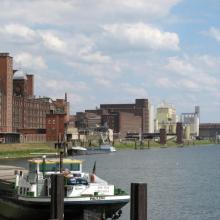 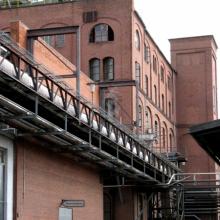 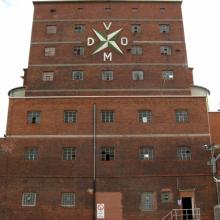 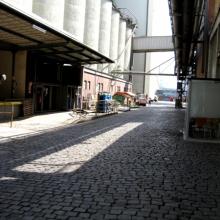 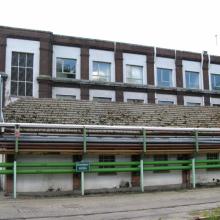 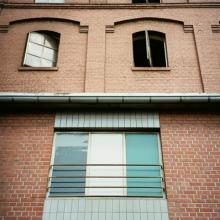 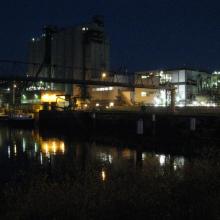 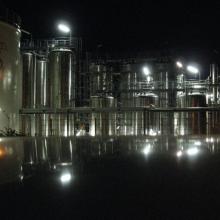 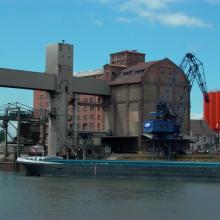 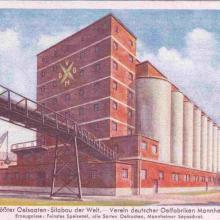 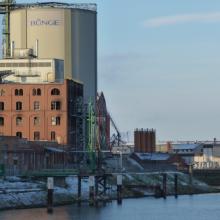 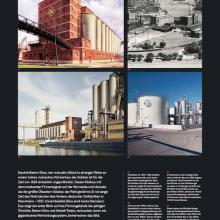 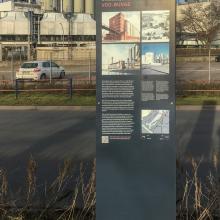 Forty bare concrete silos, in four straight rows of ten, enclosed within a tall, cubic brick building. In 1929 this must have been an unusual sight. This building – at the time famous as the "largest oil-seed silo in the world" – was the symbol of the Verein deutscher Oelfabriken in Mannheim – VDO (German association of oil factories) for a long time. The distinctive company sign can still be seen on the front end of the building.

In 1929, after a fire in the original silo, the new imposing silo was built. It is not known who designed and built it. For industrial buildings such as these, Le Corbusier coined the term „Ingenieur-Ästhetik“ (engineering aesthetics). He thus enhanced the status of such buildings by putting them on the same level as a work of art. The silo is still used for storing seeds.

Unclad silos are now the norm as we see when we look at the present oil mill. Concrete silos and metal tanks, connected by a gigantic pipeline system, dominate the picture. In contrast to today's gigantic silos, the 1929 construction looks stylish and even elegant. The whole building can be viewed from the bridge next to the lock. In the background we see the 65 metre high storage silo from the early 1970s, which accommodates 16,000 metric tons of rapeseed. The 40 old silos held 12,000 metric tons in all. Bunge now processes approximately 1.1 million metric tons of rapeseed per year.

Edible oil has been extracted from oil-rich seeds here since 1907. In 1887, the oil company, which grew from the fusion of six southern German oil factories, was founded in Mannheim. The VDO developed into one of the largest oil seed mills in Europe. Industrialization, population growth and a high calorie diet led to a sharp rise in demand for edible oil.

In 1920, the VDO became international. The mill was first bought by the Dutch company Unilever, 70 years later by a French-Italian company, and it changed owners yet again in 2002 when it was bought by the American Bunge-Konzern. After two serious fires – the most recent one in 2010 – and as a result of advancing technology, the oil mill now owns new, ultra-modern equipment. This has made it one of the most efficient mills in Europe. The rapeseed oil that is produced here is used in the biodiesel industry, as cooking oil, for margarine and also as an additive in lipsticks, medicines and even floor coverings. Rapeseed meal, the de-oiled rapeseed, is used as a protein-rich animal feed.

Directly next to the oil mill Bunge is the subsidiary Mannheim Bio Fuel GmbH. Since 2006, most of the rapeseed oil produced in the mill is processed here into biodiesel.

The photo from the 1930s shows the lightly built-up plot. After suffering severe war damage, the oil mill was rebuilt. About 500 people worked at VDO in the 1960s. In 2014, due to automation, 180 people are employed. 60 of them are also members of the firm’s fire brigade. They undergo the same training as professional firefighters.

Trucks, tractors and ships pick up the products directly from the factory. This picture shows a ship loading rapeseed meal. However the rapeseed itself is delivery directly to the Rhenus grain warehouse. This warehouse is connected to Bunge by a conveyor belt – a so-called „Saatbrücke“ (seed bridge).